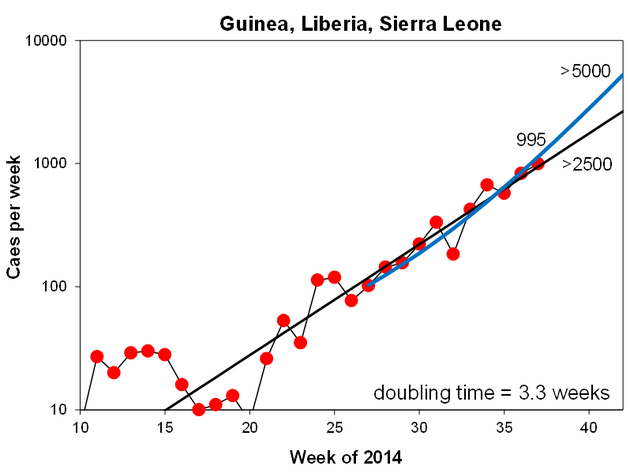 When used to describe outbreaks of infectious diseases, the word “exponential” strikes fear into the hearts of policymakers. But epidemiologists tracking the spread of Ebola virus disease are increasingly convinced that the current epidemic in West Africa has been growing exponentially for at least 16 weeks, since May 2014 (epidemiological week 21 of 2014, see figure). The number of new cases has been doubling every 20-30 days.